Filialkirche St. Quirinus
Großeisenbach is located in the municipality of Fahrenzhausen, right next to the A9 autobahn. The village bears traces of settlements as old as from pre-Christian times. Both Bronze Age and Roman ruins have already been found during excavations. As early as before 900 AD, the village belonged to the estate of the Tegernsee monastery, from which the church patron St. Quirin, who otherwise appears rather more rarely in this area, was also taken. Only later was St. Leonhard added and is now worshipped as the main patron saint. The church is situated on the eastern edge of the village, tucked away behind trees on a small hill opening up to the east into the wide cultivated landscape of the Freisinger Land. The late Romanesque building dating from the first half of the 13th century is only accessible via a small staircase. Encircled by the cemetery with trees and dense shrubbery and somewhat off the road, this is an inviting place to come to rest. The iron belfry on the old church appears unsettling at first glance; it is stylistically distinct and does not seem to fit in at all.
Glocken­geläut 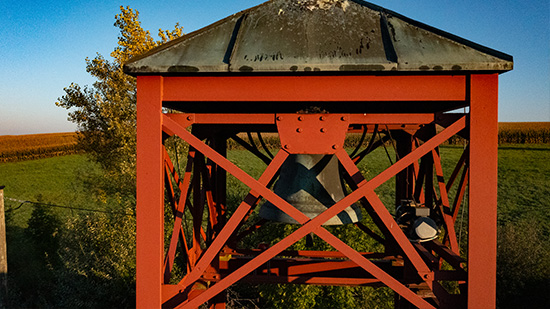 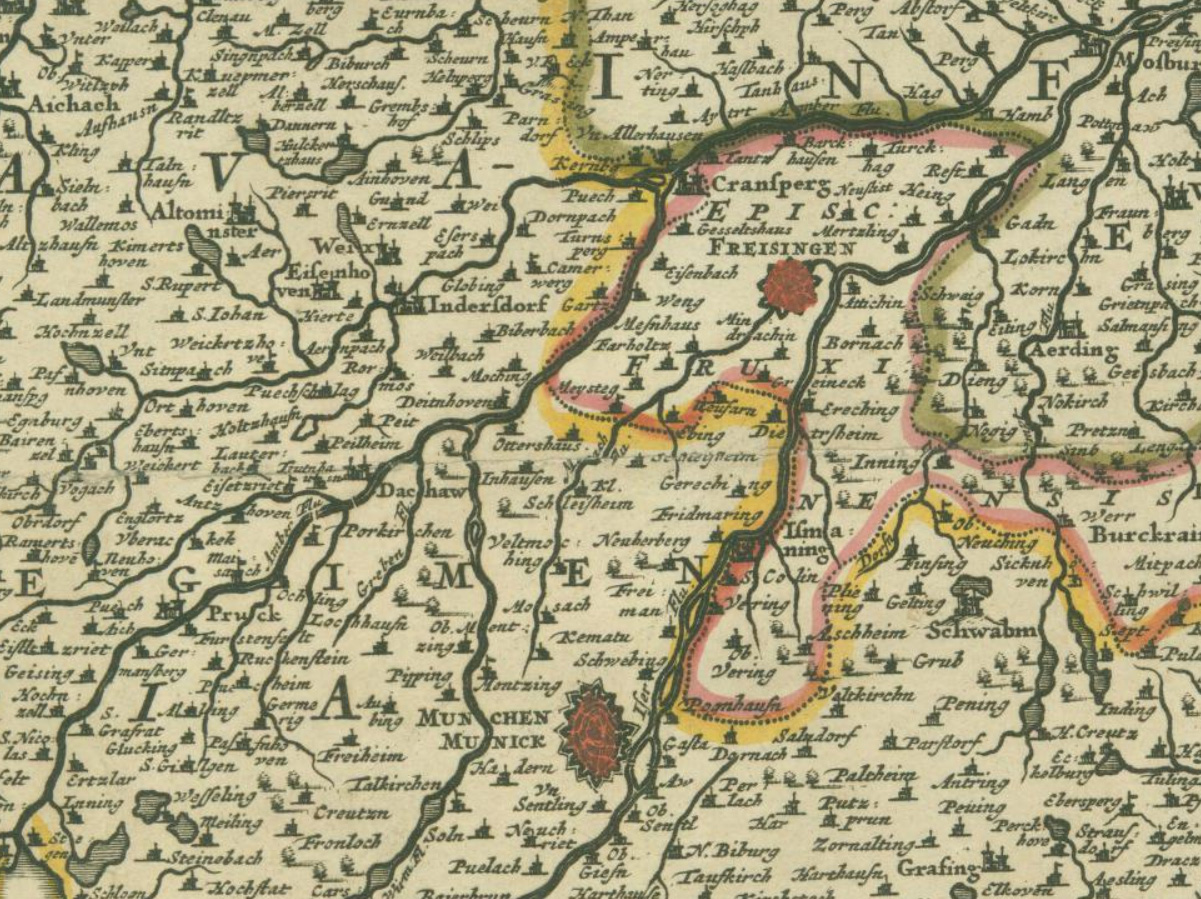 The church was fitted with completely new altars as the first baroqueisation measure. The main altar was made by the Massenhaus craftsman Matthias Ströber. 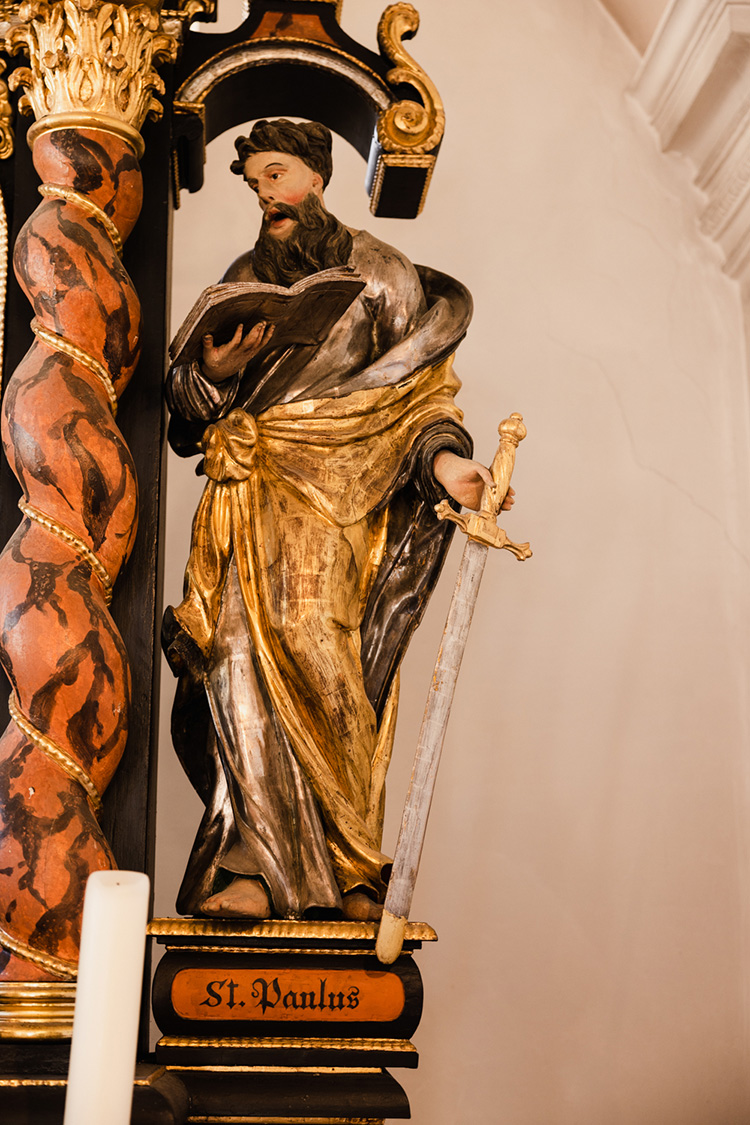 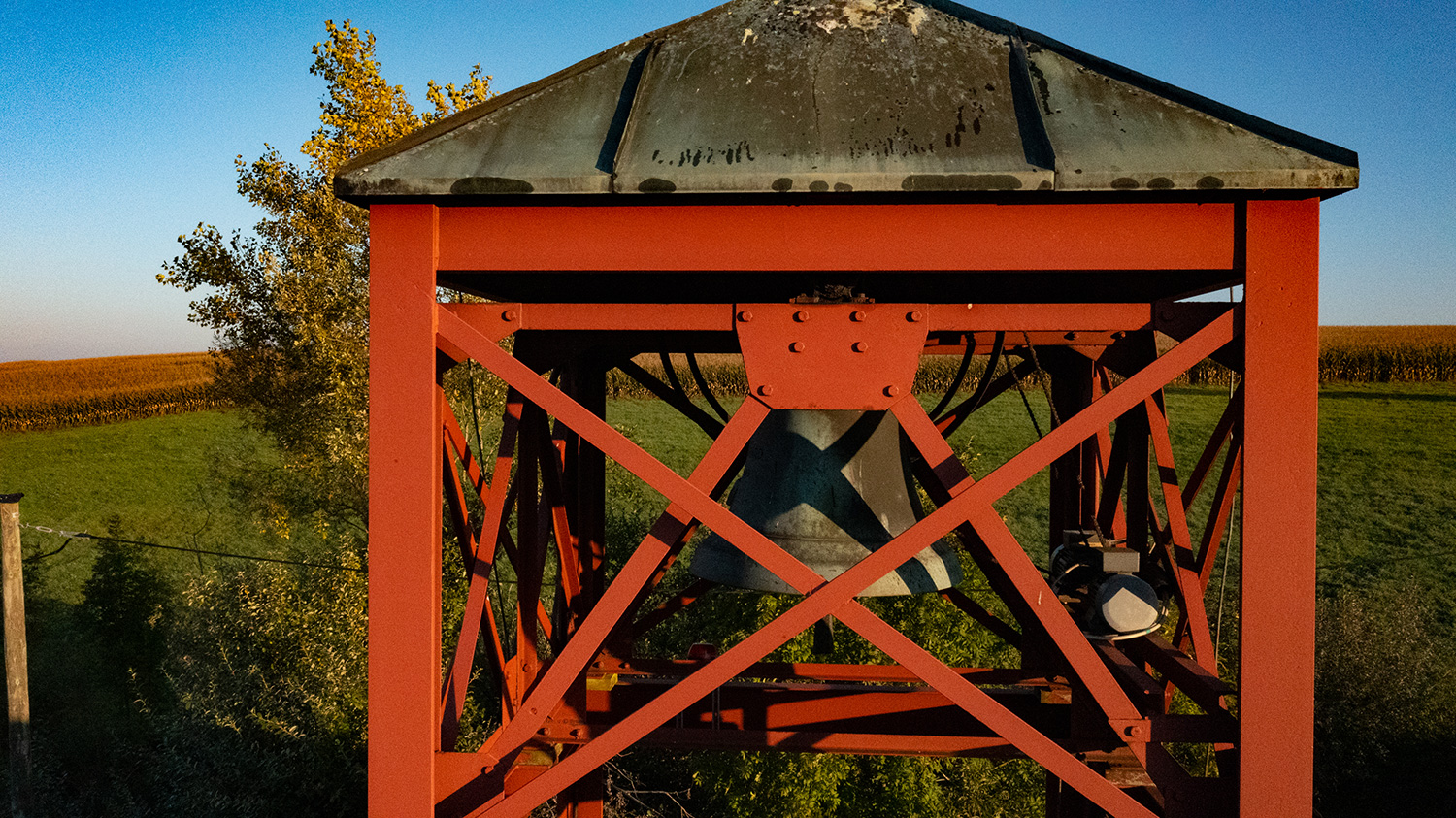 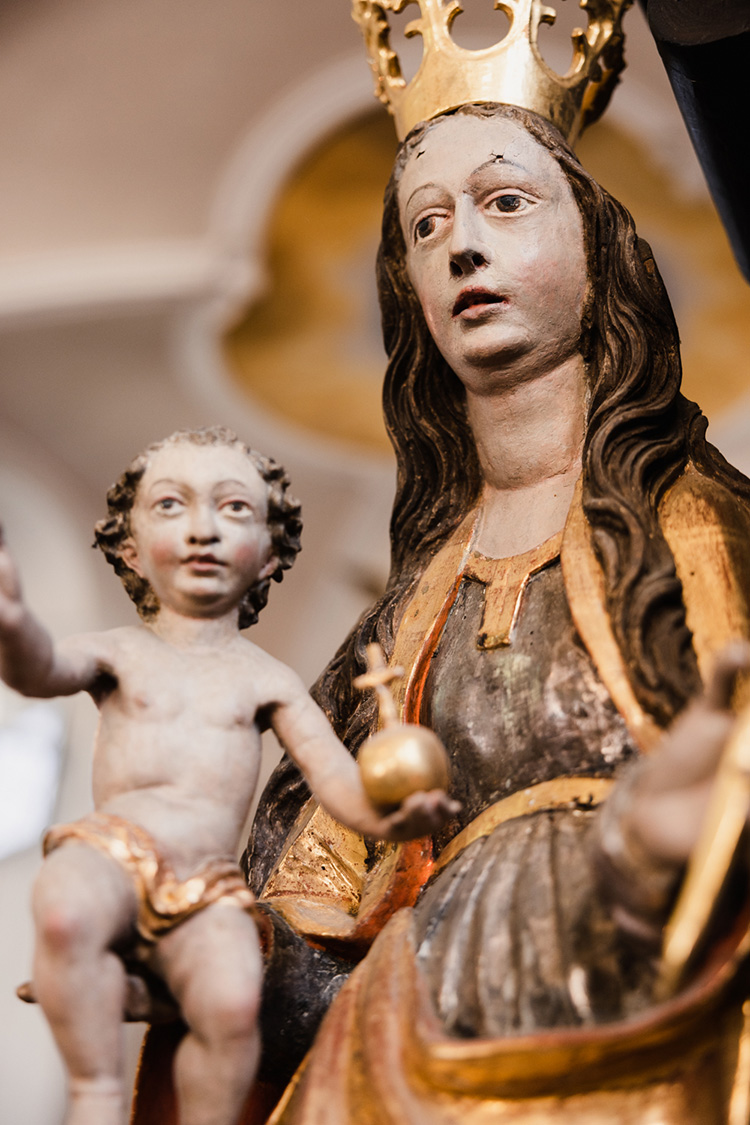 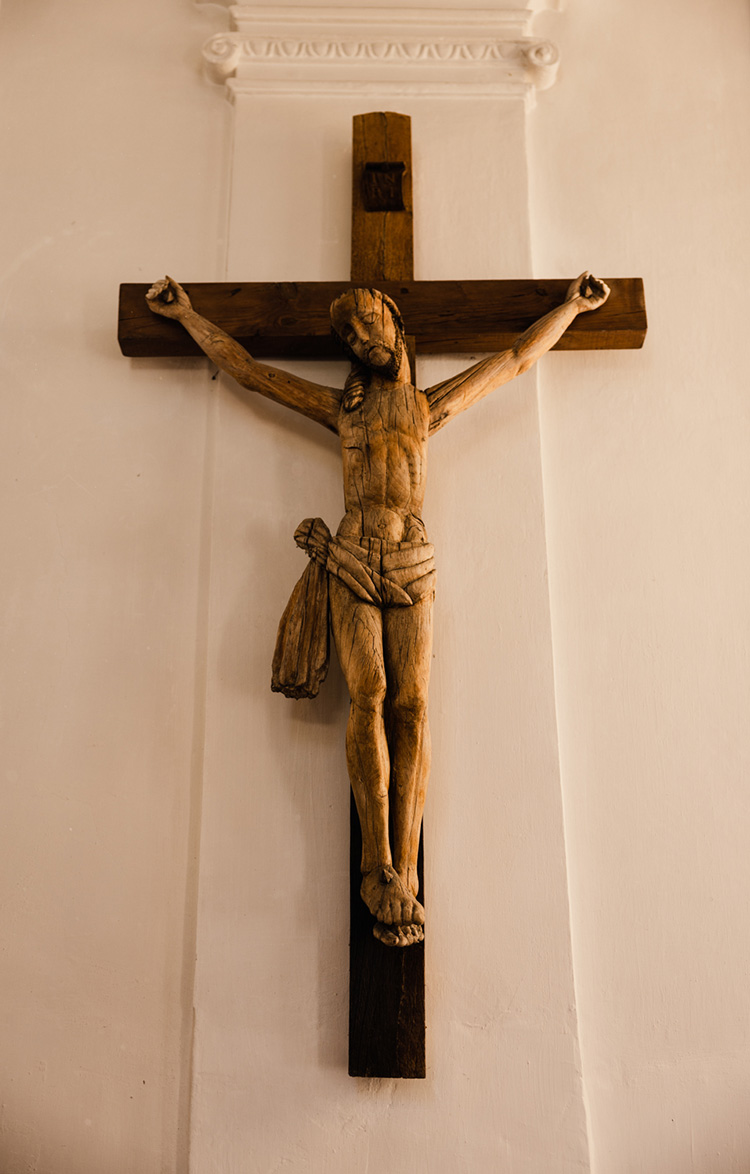 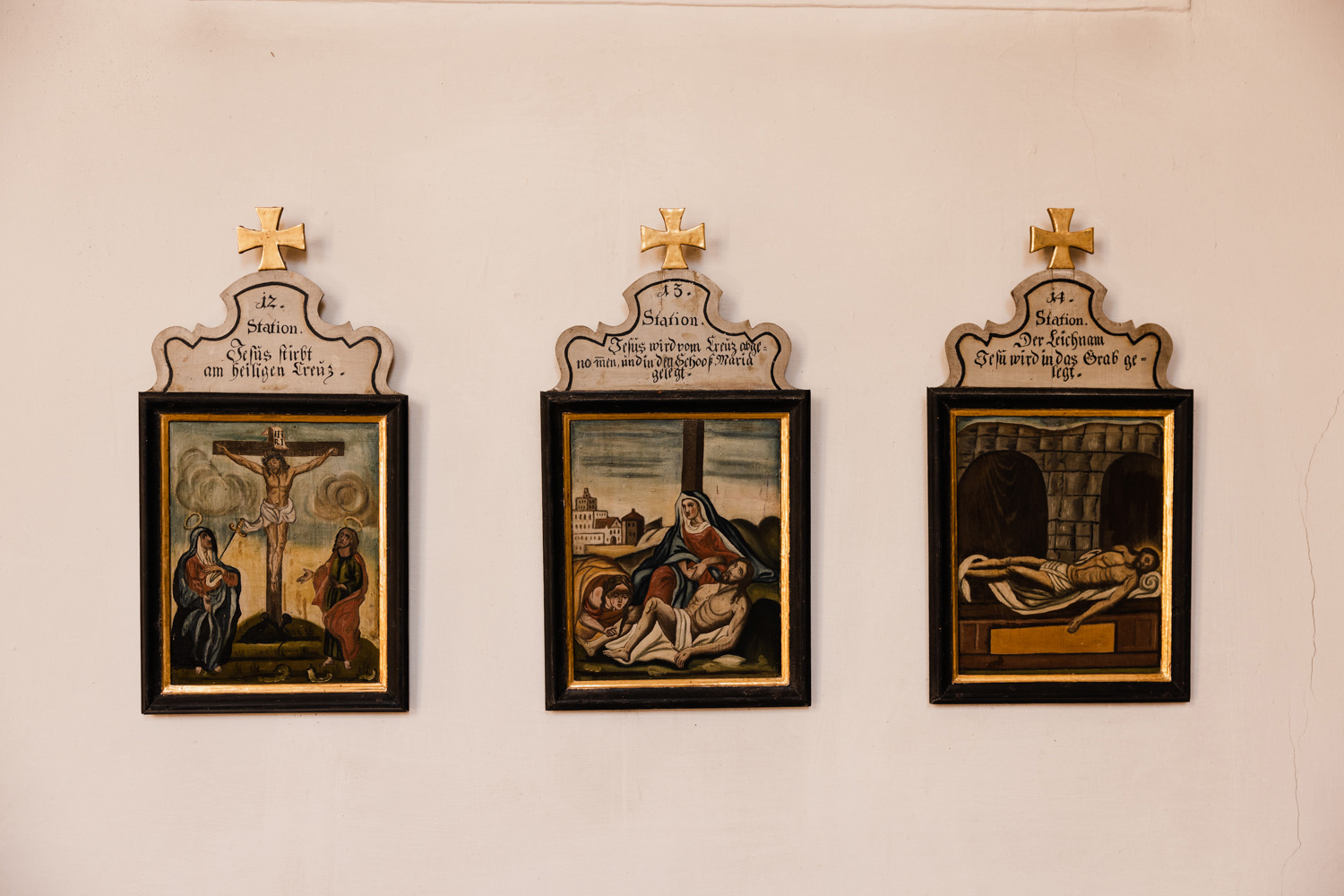 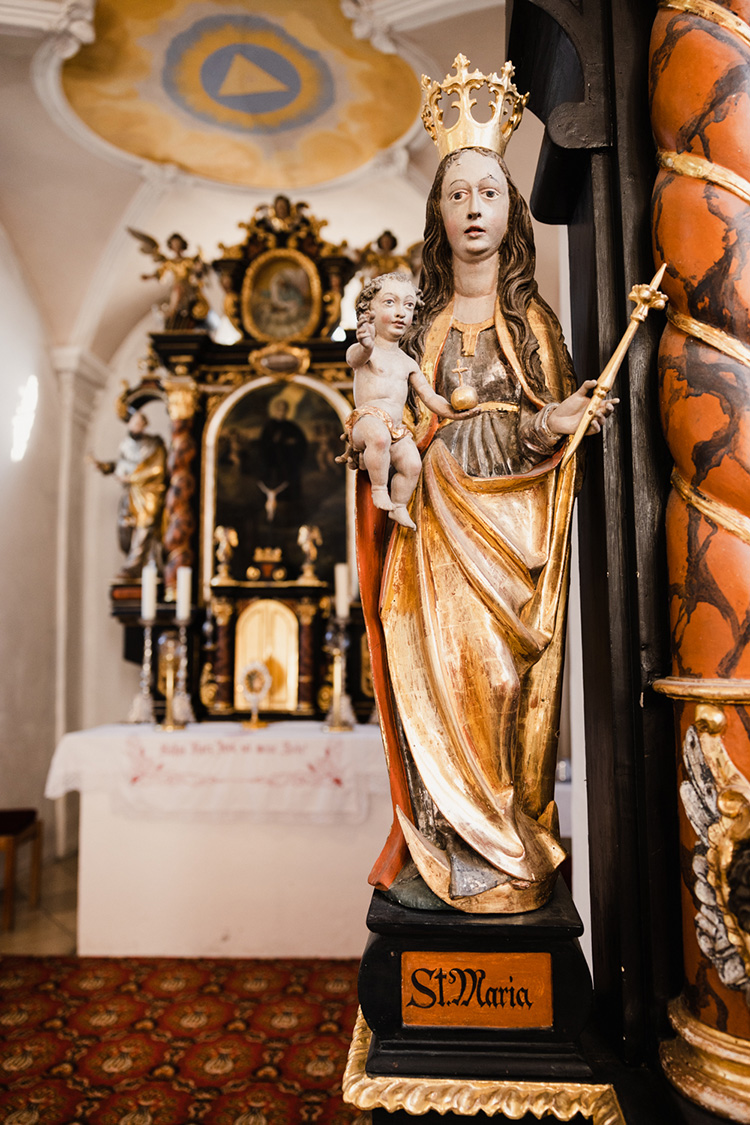 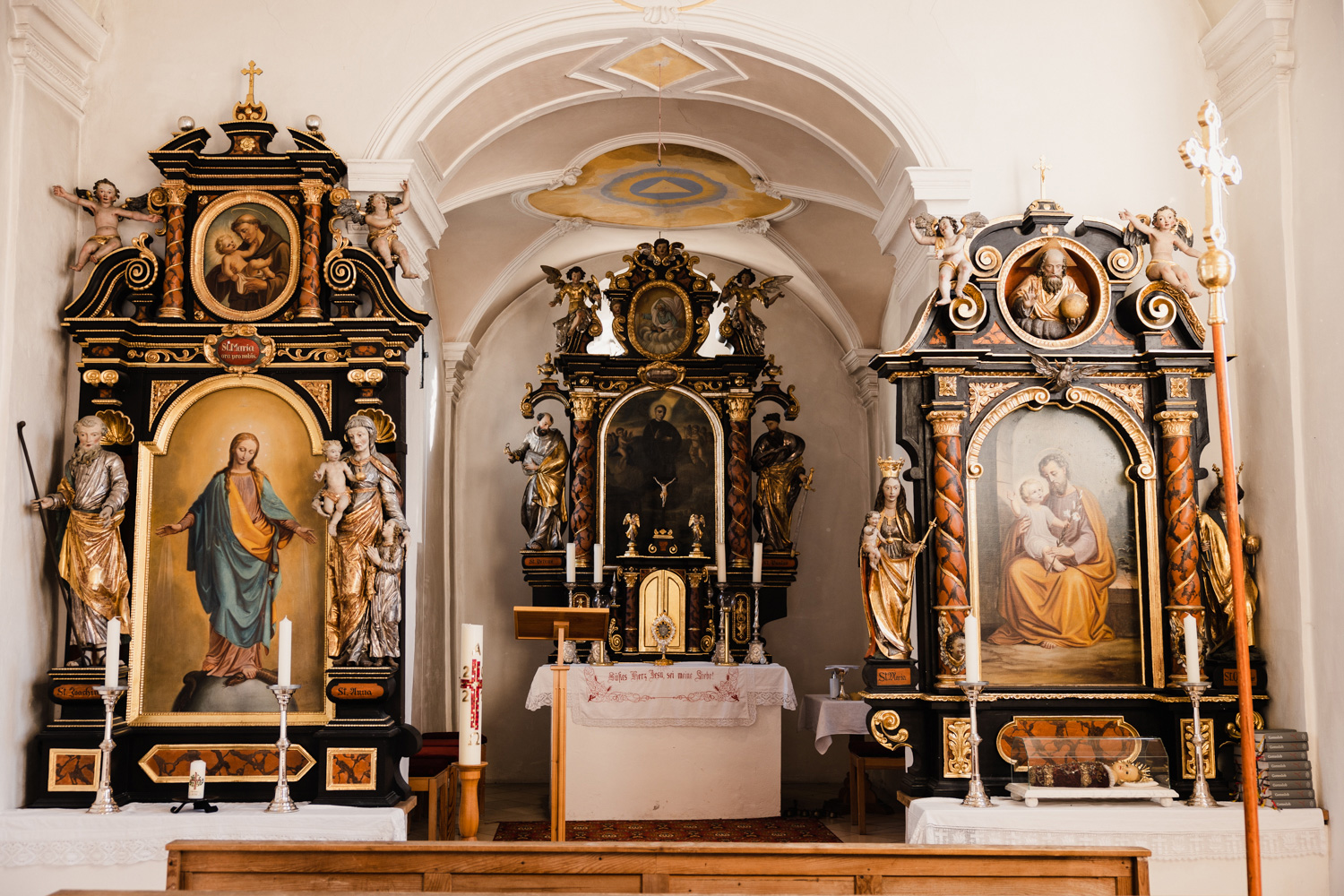 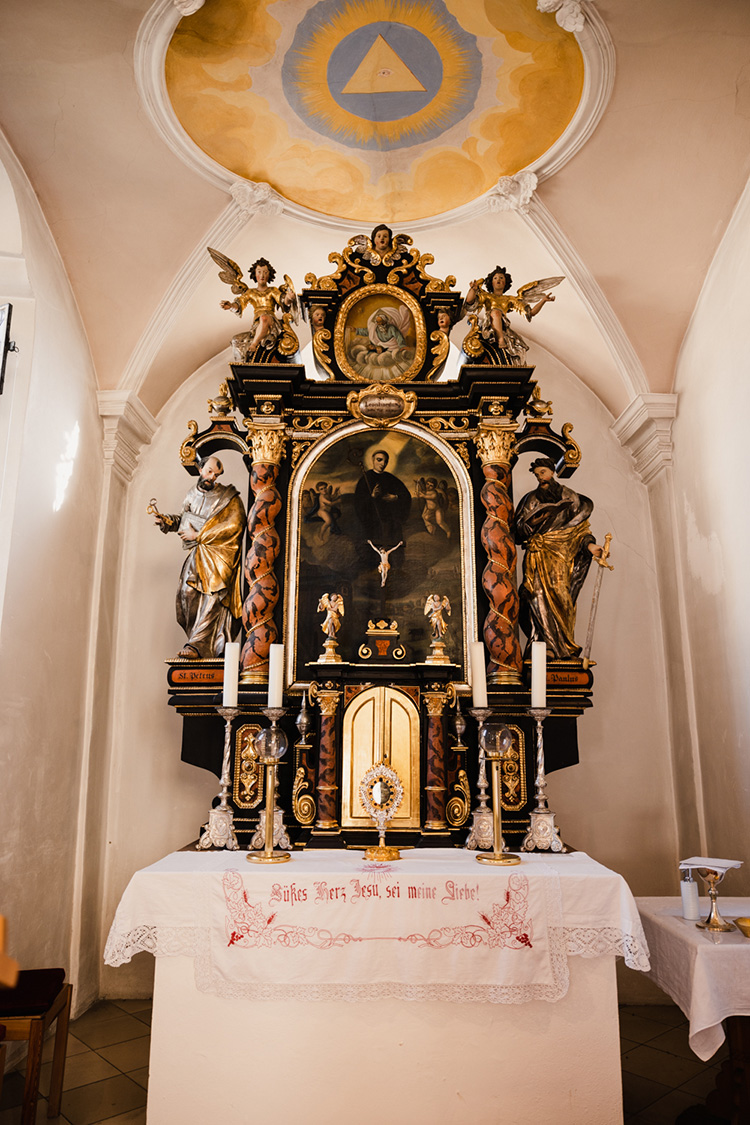